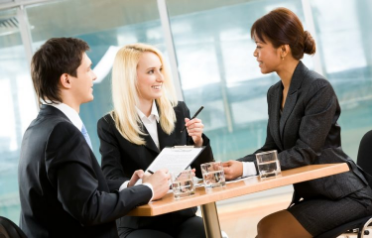 What is the Odoo ERP system?

On-Demand Open Object (or Odoo) previously known as Tiny Enterprise resources planning (ERP) and OpenERP was founded by Fabien Pinckaers in the year 2005. Since its release, Odoo has been one of the fastest-growing organizations with around 16,000 applications/modules in the marketplace.

Odoo is a business software embedded with various features within itself. Listed under ERP systems, Odoo allows the user to build websites and manage online operations using the cloud. Its user-friendly drag and drop editor makes it easier to manage loads of content.

A few of the features offered by the Odoo ERP are –

Odoo ERP has the ability to handle various activities at a time and even automate sending and receiving invoices. Its user-friendly interface allows the user to organize the shop as per their own requirements including their personal choice of colors and sizes.

Odoo’s ability to integrate with various e-commerce platforms allows the user to reach and interact with multiple potential customers at a time and track pending shipments. This ERP also supports various gateways including PayPal, Buckaroo and Stripe, enabling the user to send automatic reminders to customers with pending payments.

Benefits of the Odoo ERP system

Being an open-sourced software, various organizations and freelancers are able to develop Odoo applications and modules based on their requirements and choices. However, users skilled in open source technologies are able to modify Odoo’s source code as per their requirements. Furthermore, Odoo also provides various default features including sales and accounting.

Odoo’s extensible architecture acts as a boon to many small and medium-sized organizations. The Odoo framework consists of more than 30 crore applications/official modules and around 5000 community modules.

The user can place their modules and applications in the marketplace for sale and even allow it to be downloaded by the client for free. Apart from the default modules, Odoo has around 14,000 third-party applications and plugins available in its marketplace. Most of the applications are custom-built based on the user and client needs, making Odoo one of the most widely used open-source ERP systems in the market.

However, despite all the benefits and features provided by Odoo ERP system if the user is inexperienced in modifying and customizing the modules it may lead to unexpected losses.

Furthermore, Odoo provides a list of default features for the users who are inexperienced and lack the developer and techno-functional skills to customize/modify Odoo modules. The users can just install the software package and straight away start using Odoo’s default features and modules.

A few of the Odoo ERP system’s default features are –

Future of the Odoo ERP systems

Odoo ERP is gaining popularity among the organizations and freelancers using the ERP software. The main reasons include its open-source software and considerably developed community. Records state that in Odoo ERP marketplace, it had over 1000 installations per day and has been increasing at a considerable rate since then. As of 2017, around 2 million users have been using Odoo ERP systems.

Odoo uses Python, a high-level object-oriented programming language, allowing it to hold a huge advantage over its competitors. This ERP system’s development impacts thousands of users worldwide – helping them with their business management.

Thanks For Dropping By, How Can We Help You?